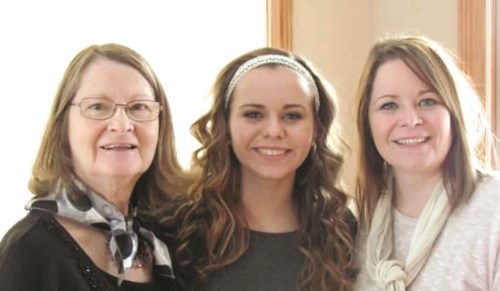 One generation shows the next how to propose a project to a school board, or how to make quilts for the elderly, or how to bring together extended families for fun at a zoo.

That’s the sort of family growth that Louise Martin’s family enjoys. It began with Louise and her daughter, Julie Bartels, and includes her granddaughter, Sarah Block. In a sense, it’s been a passing of the gavel.

“My mom was a parliamentarian,” Julie explains.

“Our kids grew up knowing about parliamentary order,” Julie recalls, “and going to conventions helped them because they met other kids who did the same thing. They saw how things got done.”

Louise adds, “That gave them confidence because they saw how it worked for their parents and grandparents, so they’re sold on it.”

In Sarah’s case, she became a Gleaner at age 5. When 2019 rolled around, she was in college with a Gleaner scholarship, pursuing her teacher’s degree, and serving as Chair of the Good of the Order Committee at the 59th Biennial Convention. “Growing up in Gleaner allowed my family tons of fun vacations and to create lifelong friends,” Sarah points out. “Now, being married, I’m excited to volunteer and help in my new community.”

At a time of growing rates of depression1, debt and despair, the strength of Gleaner to support families offers a tried-and-true template. It started by thinking about the family’s financial future and consulting with independent Gleaner agent Mike Stuart.

“My dad retired,” Julie said, “and you have to look at your investments. [Mike] mentioned Just for Kids® and the different opportunities, and each of the nine grandchildren got that because it was a very good policy. Then it turned into ‘Hey, would you like to do an arbor?’”

That invitation has led to the family’s involvement in three arbors so far, plus the Michigan Thumb Area Association (MTAA). Louise became a founding member of Bavarian Arbor (MI) and later Birch Run Arbor (MI), no longer active. She also was Secretary for MTAA from 2014-2021. 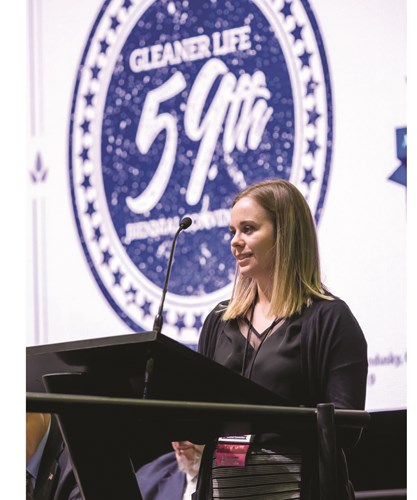 “When your kids come home from school there’s always meetings and fundraisers,” Julie explains. “I went to the other parents and they didn’t like fundraisers either. We said, ‘You know what? Let’s create a Gleaner group.’” The Central Elementary School’s principal was a Gleaner. “He wasn’t part of an arbor but he had a policy. So when we went in and said this group is Gleaner, he was like ‘Oh my goodness, yes!’ Now people there know what Gleaner is.”

Vassar’s school nickname is the Vulcans, so they became Vulcaneer Arbor. Key leadership has come from other parents including Laura and Steve Walker and Chad and Mindy Fabbro. With youth in mind, some meetings occur at an ice cream shop. Guest speakers speak about animals, distracted driving, and similar topics. Arbor youth members help propose and plan projects such as park clean ups, a macho volleyball match, a mock accident, etc.

Making those connections enables healthy growth for family individuals as well as for arbors. As Americans face what experts call “an epidemic of loneliness” with significant health risks2, Gleaner connects people in both directions. Julie noted that arbors can obtain a list of members who are in their nearby zip codes. “They might be able to help with an activity,” Julie said. Vulcaneer Arbor also was able to use the list to give local shut-in residents a wreath with a card, “so they know they are not forgotten.”

Other family activities that bring generations together have included:

“Gleaner makes it easy getting your kids involved because of all the Family Fun Days,” Julie says. “And with grandparents, you can say, ‘Plan this day on your calendar because we’re doing this and, if you want your Christmas gift, show up.’ It made it affordable.” “And,” Louise adds, “if they’d want other tickets for their friends, we’d say, ‘We might be able to do that.’”

“My husband and I don’t go on big vacations, but we could do Kalahari or the conventions because it was so affordable,” Julie points out. For a small extra cost, children could come along and enjoy their own activities. “You knew your kids were safe.” 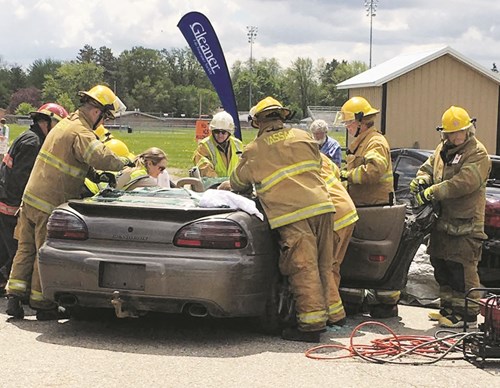 Safety also played a role in one of Sarah’s favorite projects with Vulcaneer Arbor. Arbor teens asked the school board to allow a mock car crash project to educate students prior to prom. “The event was so realistic, and made a true impact on all students,” Sarah recalls.

“When we did the mock accident, the Vulcaneer members walked youth members through the steps, teaching them how to make a telephone request to the hospital, to the funeral home, to the towing company to get a vehicle,” Julie notes. “All those things were needed to come up with a plan. The kids loved it. The board loved it.”

Arbor parents in their 30s, 40s, and 50s have a broad spectrum of job skills. “They can teach kids how to do these things, and how to be a leader. Mike Stuart and [Vice President] Jaimie Linden came out from the Home Office and said ‘This is incredible. Every arbor should do this because arbors should teach leadership. You should teach the next generation.’”

Passing along skills, knowledge and values gives the next generation the tools to maintain growth. “Most of our youth now are in college and when it’s the weekend they come home. We pick activities they’re interested in,” Julie said. “It’s not about my activity or your activity. It’s about being a family. … When you know someone is hurting, you’ll be there. You’ll pick up a meal or make a visit.”

Previous Back to News & Events